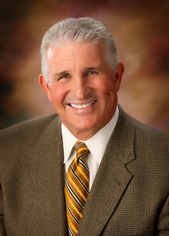 Jesse K. Pruitt got his start in the real estate industry in 1974 when he joined Vantage Companies as a marketing representative. In 1976, he was promoted to Vice President of Marketing. In 1978, he became Senior Vice President and subsequently Executive Vice President and General Manager of the Dallas division of Vantage Development Company as well as Executive Vice President of Vantage Management Company. In 1978, he was also named “Marketing Executive of the Year,” and in 1983 he was named Vantage “Manager of the Year.” At Vantage he was responsible for the development, management and leasing of more than 30 million square feet of office, warehouse, build-to-suit and design-build facilities in the D/FW Metroplex and throughout the United States. In 1988, Vantage sold its leasing and management operations to Bradford Companies, an owner representative firm providing full-service real estate services for owners and tenants. Mr. Pruitt was Executive Vice President/Managing Partner, and under his direction the company completed more than 2,500 real estate transactions totaling over $750 million. He also supervised day-to-day management, leasing, and development operations of more than 20 million square feet of industrial and office space for institutional owners, pension fund advisors, and REIT’s. Mr. Pruitt joined Wilcox Realty Group in February 1992 as one of the founders and assumed the role of President of Wilcox Development Services, Inc. He was responsible for both industrial and office leasing and new development. After joining the company, he negotiated leases for more than five million square feet of office and warehouse properties. In 1994, Mr. Pruitt joined CMC-Commercial Realty Group as a Partner/Principal. While at CMC, Mr. Pruitt was responsible for over 10 million square feet of speculative and build-to-suit industrial, office, retail and tech/flex product. Mr. Pruitt has separated from CMC-Commercial Realty Group and continues to provide development, brokerage and consulting services to commercial real estate clients in Texas as Somervell Commercial Realty Group. Mr. Pruitt first incorporated the Somervell name in 1995.

Mr. Pruitt graduated from Texas Tech University in 1969, receiving a Bachelor of Science degree in biology and also was a Texas Tech Football Letterman.